From Jaws to Get Out, these movie classics broke barriers and conquered the Academy with many scares.

The horror movies have a complicated relationship with Oscar for some strange reason they can’t even understand, Academy members often ignore movies of this genre beyond technical categories, but since the 1970s a few have been so important, epic, and revolutionary that They were left with no choice but to give them a very deserved mention in the most important category.

Historically, the Academy has ignored terror, even leaving Steven Spielberg out of the best director category forJaws, even though the film was nominated in several categories, but the rest of the world considers this genre as one of the best and, in recent years, we have been able to see a new style and a new way of scaring that definitely surpasses many other films that are more “traditional” at the awards. 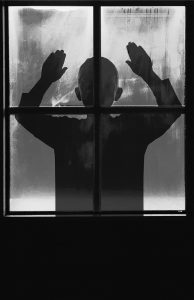 Films like Midsommar, Hereditary, The Witch and It Follows certainly deserved the recognition and, at some point, the members of the Academy are going to realize that, for now, we have to settle for what we already have, 6 films of terror that broke barriers and made history.

William Friedkin’s film gave the world a level of terror that it had not seen before, The Exorcist was so terrifying that, according to reports, people passed out in the movie theater and both his music, as his protagonist, became icons of cinema and one more step to promote terror. The Exorcist confirmed the importance of having a great soundtrack and using realism to create more tension and earned 10 Oscar nominations for it, although it only won in the categories of Best Sound and Best Adapted Screenplay.

To this day, there is no one who cannot recognize the famous chords of this movie, even if they have not seen it. Jaws took terror out of the world of monsters and witches and brought it to the real world with a series of shocking special effects for the time that Steven Spielbergused to give life to a huge shark that made several people never go into the sea again. Jaws won for best sound, editing and music, but Spielberg was completely ignored as a director.

The movie of Jonathan DemmeIt is the first and the only one that has won for best film, and it also won in the categories of best adapted screenplay, best actor, best actress and best director, making it the most awarded horror film in history. How do i do it? with a flesh and blood “monster” who used psychology to play with his victims before destroying them, and with a rookie police officer who dared to confront him to solve a complicated case. Silence of the Lambs is one of the great gems of cinema and Hannibal Lecter is one of the most legendary villains.

This was the movie that put M Night Shyamalanon the map, and had them call it the new Spielberg. The film won 6 nominations and won audiences, critics and the Academy with one of the most impressive plot twists in film history. Shyamalan built his story to make you believe we knew it all, only to change it in the end and show us that when it comes to horror, we can’t trust our own eyes.

By now, it is clear that Darren Aronofskyhe is a master of all things terrifying and twisted. Black Swan is pure psychological horror and it taught us that sometimes the worst monster or demon is within ourselves, talking about obsession, paranoia and jealousy. Natalie Portman did an incredible job of bringing to life a manic dancer trapped in a spiral of her own insanity and took her first best actress Oscar as a reward.

Jordan PeeleHe gave us an important lesson about racism today with this psychological thriller in which a man must escape from the crazy family of his girlfriend who wants to hypnotize him to steal his body. Get Out was a milestone in cinema and marked a before and after in cinema, something that was noted by the members of the Academy, who gave the film 4 nominations with which it made history, including best screenplay, best film , best actor and director.