One of two: either you go out to party disguised as anything silly with your friends, or this Halloween you dedicate it to grab the blanket, lie on the sofa, and have a hard time with good horror movies. We recommend a few released in recent years, a collection of genre titles that should make you go to bed that night wanting to leave the nightstand light on. 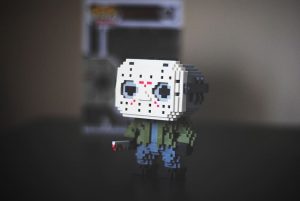 We all know the story of ‘Hansel and Gretel’: two brothers abandoned in the forest because their parents cannot feed them they find themselves face to face with a house made of sweets where a witch lives willing to fatten and eat them. However, this version by Oz Perkins of the Brothers Grimm tale gives a terrifying feminist twist to the story: now Gretel ( Sophia Lillies ) is the center of everything, the girl who must become a woman, the woman who must discover the power within. Incredible images and bad vibes assured.

A Cure for Wellness

Maybe it went unnoticed at the time, but it’s about time you caught up with what is one of the most intriguing horror movies of recent years. Gore Verbinski tells the story of an ambitious young executive who is tasked with the mission of bringing back the director of his company, who is in a wellness center in the Swiss Alps.

A horror western? Yes please. This first opera by Emma Tammi will make your hair stand on end, with the story of a woman who settles with her husband in a new house in the middle of nowhere, and, left alone, begins to obsess over a malevolent presence that seems be stalking your home. Loneliness and fear lead her to a spiral of madness, where any shadow is the enemy and her worst fears come to light. 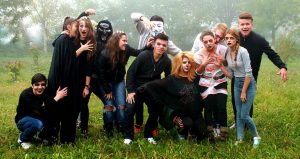 Almost 40 years later, the boy from ‘ The Shining ‘ reappears on the big screen to tell us about the incredible trauma left by the Overlook Hotel, the madness of his father and the two twin girls who invite him to play. But Danny is no longer a child, but an adult with many demons to contend with. And it will be literally. Ewan McGregor stars in this adaptation of the Stephen King novel , directed by Mike Flanagan , which reminded us why Stanley Kubrick’s film is still in our worst nightmares.

Get ready for one of the strangest psychedelic trips that recent cinema has given us. And of course it’s courtesy of the ambitious Ari Aster , director of ‘Hereditary’ (also on the list), who now takes us to the summer festivities of a small village in Sweden, where the white dresses, the flowers and the chants they are becoming something disturbing from which the protagonists, a group of North American tourists, will not be able to escape. But for Aster it serves to show us the path of Dani ( Florence Pugh ) and her acceptance of loss and trauma.